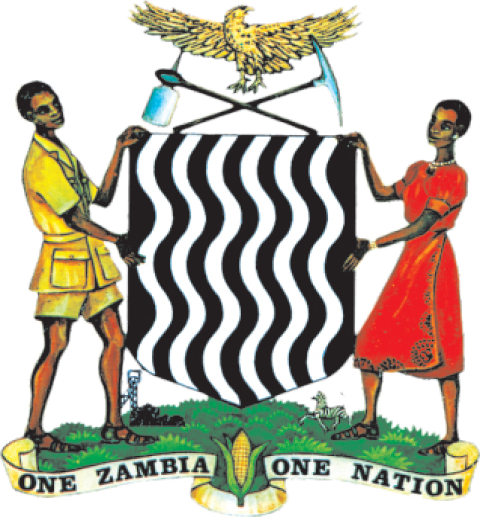 Zambia’s macroeconomic objectives include accelerating the diversification of the economy, particularly towards tourism, energy, agriculture and agro processing as well as creating employment opportunities through accelerated implementation of programmes such as the Industrialisation and Job Creation Strategy and the Youth Empowerment Action Plan

There is favourable business and investment climate in the country, including being ranked among the top-10 best African countries for business out of the 54 nations on the Continent by the world-acclaimed finance and investments news outlet, Forbes report for 2015. Zambia is ranked among the fastest growing economies in the world in the last 10 years. The country’s ranking by Forbes is also augmented by the Milken Institute in the 50 percent globally on the Investment Opportunity Index. Peace and security is assured as the country ranks highly in the community of nations on the peace index.

Strengths in Zambia favour include abundant natural resources and abundant , cheap manpower, political stability and one of the most liberalised economies that guarantees foreign investments is safe and no controls on foreign exchange earnings.

A diverse portfolio of financial, legal and insurance services of international standards makes Zambia an ideal place to do business. The country has also signed double-taxation agreements with some European, African and Asian countries to the benefit of market players.

Zambia’s main export is copper but the country has put up measures to diversify to grow its economy further looking at the recurrent challenges to the copper prices and other industry dynamics.

Investment opportunities abound in many sectors in Zambia but the priority investment Sectors as directed by Government and mandated to be carried out by Zambia Development Agency are:

The Country has a liberalised trade regime and subscribes to international trading rules and is a member of the World Trade Organisation.

Markets for Zambian goods extend to the COMESA, SADC and the rest of the Southern African region as well as AGOA and bilateral arrangements with countries and markets overseas.

The Government of the Republic of Zambia has embarked on the development and commercialisation of nine Farm Blocks by making land available for large scale investment to the private sector. The whole Farm Block is expected to be about 100,000 hectares in size. The core venture land is in extent of 9,350 hectares, and the commercial farms, in extent of between 1,500 and 5, 000 hectares. Applications are being sought from private sector investors to develop the Core Venture and commercial farms by putting up appropriate infrastructure that will support their agro-business activities. This will also help the development of the small, medium and large scale farmers through Out-grower schemes for cash-generating agriculture activities for both local and international market.

To encourage investment of large scale and commercial farmers.
To simplify agricultural land delivery to would be local and foreign direct investors, the Zambian Government has annexed more than 1 million hectares of virgin land from the traditional sector to the state.

The Government of the Republic of Zambia through the Ministry of Agriculture has set aside large portions of farm land and Water areas for promotion of fish farming as pond and Cage/pens respectively for commercial Aquaculture targeting foreign and local investors.

The private sector still has a window to invest into fish hatcheries and fish preservation facilities and warehouses for commodities such as fish feed and other aquaculture inputs.

With its vast water resources and coal reserves, Zambia offers abundant investment opportunities for hydroelectric power generation, supply and distribution. The country has well over 6,000 MW of hydroelectric generating potential, and only 2,393MW has been developed. Demand for the other forms of energy which include renewable energies has also seen significant growth in the recent years.

Zambia is in hurry to increase power to meet the growing demand. The demand for energy, electricity in particular has been growing at an average rate of about 3 percent per annul mainly due to the increased economic activity in the country especially in the agriculture, manufacturing and mining sectors, as well as increased activity in the region on the continent.

To increase power generation capacity a number of projects are being undertaken. These include:

The vast potential in the tourism sector in Zambia, with its natural beauty (including the Victoria Falls, which is one of the most renowned beautiful transcendental Seven Natural Wonders of the World) and the wealth of wildlife have yet to be fully exploited.  Zambia has 19 national parks and 34 game management areas with a total of 65,000 km2 set aside for wildlife conservation.

The relatively underdeveloped infrastructures as well as inadequate supply of competitive accommodation are some of the areas that offer great potential to investors.

The government has been forceful in introducing policies to stimulate economic growth and specifically in the manufacturing sector. The main emphasis has been on food processing and textile production. The growth potential in other industries is vast. Support measures designed to aid manufacturing enterprises in non-traditional sectors are being implemented

The Government has been working at expanding the country’s manufacturing base by reducing the cost of doing business through various initiatives. Currently, the Government is promoting the establishment of multi-facility economic zones (MFEZ) by providing fiscal incentives, quality infrastructure and a conducive regulatory environment to developers of these zones.

Government focus has been on facilitating creation of economic zones and industrial parks through land identification, Infrastructure provision (roads, water and sanitation, electricity). The following Zones are available:

Zambia has embarked on ambitious road infrastructure development programmes – such as:

The Government of the Republic of Zambia has embarked on the expansion of its railway network to develop the surface transport sector.  Zambia, being a landlocked country lies in the centre of the Southern African Region and to this effect heavily relies on her neighbours for vital routes to various import and export destinations. The Government is looking for investors to carry out feasibility studies and construct railway lines on a Build Operate and Transfer basis.

Main purpose – to transform Zambia from land locked to land linked so as to provide easy access to social and economic centres and connection to regional trade corridors.

Zambia has an abundance of known mineral deposits. The country is the world’s fourth largest producer of copper and holds six percent of the world’s known reserves thereof. Copper and cobalt, as the country’s traditional exports account for well over 70 percent of export earnings. Opportunities for the exploitation of other minerals have been identified. These include gold and gemstones (eg emeralds, aquamarine, topaz, opal, agate and amethysts).  Diamond reserves have also been identified. Zambia produces over 20% of the world’s emeralds.

Zambia’s mineral endowment provides a strong base for the establishment of viable mineral processing and metallurgical industries. Although Zambia is endowed with a variety of minerals, the sector is dominated by copper mining.

The Government invites investors to explore investment opportunities in the sector which include:

Zambia Association of Chambers of Commerce and Industry – www.zacci.org.zm